William Joseph Bulstrode MBE was an Assistant Chief Officer (ACO) of the London Fire Brigade, and the Area Commander for South East London. He made sporadic appearances from series 2 through series 7.

Bulstrode had been in the Brigade for thirty years and was an old friend of Sidney Tate. They were stationed together when he was Sub Officer at Knightsbridge in the 1960s. He regarded both himself and Tate as "dinosaurs", out of step with the Brigade's modern image and values. He and Tate worked together to prevent Bayleaf transferring to Croydon, giving him the ultimatum of remaining at Blackwall or becoming his personal driver. After Tate clashed with the new ADO Scase, Bulstrode disciplined them both but it was Scase who was transferred away. When Tate left the Brigade after failing a medical, Bulstrode gave the speech at his leaving party. He later gave Nick Georgiadis an angry rebuke for delivering a tirade about car safety at a dinner instead of the approved speech, which had sparked a press frenzy.

Despite his disciplinarian ways, Bulstrode possessed a sense of humour and often went along with pranks at Blackwall station. He "witnessed" Colin signing the Official Secrets Act, which watch members had persuaded him he had to, and also "approved" Colin's application for a Brigade marriage licence. When Nick Georgiadis began taking out Diana, he was shocked to discover that she was Bulstrode's daughter. Bulstrode offered Nick a considerable promotion to staff, but Nick turned it down. Later, his influence was decisive in keeping Blackwall open after threats of closure. Bulstrode retired at the end of series 7, though not before telling Scase what he thought of him. 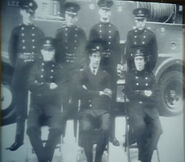 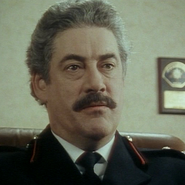 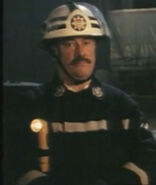 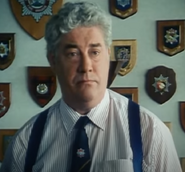 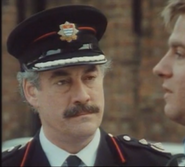