Episode 4 (series 4) is the fourth episode of London's Burning's fourth series. In the episode, Colin meets Zoe on a shout and the pump crew are sent on standby in Kent.

A bickering elderly couple are having difficulties moving their sofa down the stairs when a stray cigarette causes the sofa to catch fire. Their young neighbour Zoe calls the Fire Brigade. Blue Watch arrive on the scene and Colin takes a shine to Zoe. He rushes up to rescue Mabel's pet budgie, only to find it dead in its cage. He tries to revive it with a burst of air from his BA, which shoots it right out of the window. Sandra is still fuming about her kitchen and has taken to hitting the tarpaulin with a frying pan. Colin returns to see Zoe later, ostensibly to find out whether the budgie returned, and asks her out on a date.

White Watch's Charlie returns from a holiday in Florida and gives George a bottle of local rum, but George is teetotal, so he gives it to Malcolm. Sandra returns home and finds Bayleaf, George, Kevin and Colin sitting on her sofa drinking beer while Technique fixes the plumbing. Sicknote holds his weekly council surgeries as councillor when an injured drunken Irishman wanders in looking for treatment. Jaffa and Colin buy Technique's window cleaning round. George and Kevin spot Rick and his friend walking out of a pub. They catch them off guard and beat them up. Jaffa realises that Technique has conned them and sold his round several times over.

Hallam's crew are surprised to learn that they’re being sent on standby to the Kent countryside. They get lost en route and have to ask for directions at a local police station. When they arrive they are partnered with a crew from the Longfield volunteer retained station, led by acting Leading Fireman Jeff Johnson. They explain that they’re there because of a large factory fire in Sittingbourne with half of the Kent Brigade attending. George offends some of them by insinuating that they probably don't see much action and spend most of the time cleaning their appliance, until he learns that most of the stations are manned by 60,000 volunteers. Kate also gets chatted up by Jeff. A farmer accidentally sets fire to his barn. Whilst racing to the fire George assumes the volunteers are going the wrong way, so he takes matters into his own hands and heads in a different direction, which results in the appliance being stuck in the mud. To make matters worse, Longfield's pump is nearly out of water and the only sources of water are either radioing for a water bowser and building a dam in a small stream which they used a lightweight pump to pump it out from. Later George tries to move a tractor from the burning barn to prevent the fire growing in case the fuel tank explodes, but he ends up nearly demolishing the barn. Nevertheless, they eventually get the fire under control.

Venetia turns up at Blackwall to accuse Kevin of assaulting Rick. He denies it and she slaps him. Nick spots this and again warns Kevin about his attitude. Helen's boss Peter arrives at Malcolm's for dinner. Peter helps himself to the Florida rum as he and Malcolm engage in a battle of wills over Helen. Peter then pulls a funny face and gingerly heads to the bathroom. The next day everyone is in hysterics as George reveals that, unbeknown to him, the rum had been spiked with horse laxative as a wheeze. 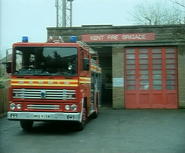 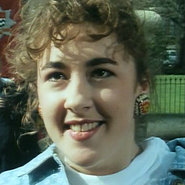 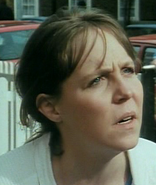 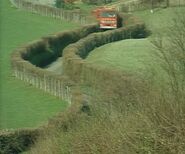 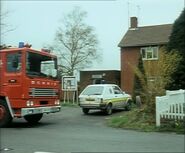 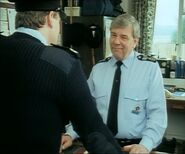