Episode 1 (series 6) is the first episode of London's Burning's sixth series, first broadcast in the UK on ITV on October 3, 1993. In the episode, Billy Ray and Geoff Pearce make their first appearances, Kevin wins a greyhound in a poker game, and Bayleaf crashes the appliance into a car.

The pump crew are at a flooded house evacuating an old lady and her furniture. Blackwall has recently been refurbished, although Sicknote is moaning that the LFB might still try to close them down and the fact that they're still swinging on ropes to open the doors. Kate has moved on and transferred to Wimbledon. Her replacement is the cheeky Billy Ray. Malcolm's replacement as Leading Firefighter is Geoff Pearce, who has transferred from Bristol where he had been a Sub Officer. Pearce is already irritating the watch with his pedantic and bossy manner, which gets him a rebuke from Hallam.

Blue Watch are called to a house fire caused by a chip pan, leaving a little girl and her bedridden gran trapped upstairs. They put the fire out and Billy comes in through the window to rescue the girl. He and Kevin entertain the old lady to keep her calm while they prepare to evacuate her. When they return to Blackwall, Pearce informs Nick that a compartment on the pump was left open, which earns George a reprimand from Nick. Kevin points out that Pearce must have noticed it when they left the shout, and thinks he deliberately didn't mention it just to get George into trouble.

During dress rehearsals for Richard III, Cynthia makes another pass at Sicknote, but they are interrupted by a very suspicious Jean. Kevin wins a pedigree greyhound in a poker game and offers the watch the chance to buy a stake in the dog; Bayleaf, Colin, Recall and George take him up on it, while Sicknote refuses to take part. Hallam is seconded to the Fire Investigation Unit at Shadbrook as a temporary replacement, under the command of Peter Jonah. Pearce is glad to be back as Sub Officer again, even if he is only covering for Hallam. En route to a shout at a care home, a speeding motorcyclist causes Bayleaf to swerve and crash the pump-ladder into another car which bursts into flames. A shellshocked Bayleaf is told by a police officer that the occupants are alive but says he could be charged. 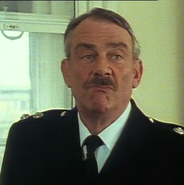 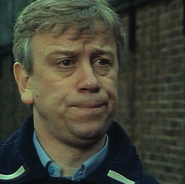 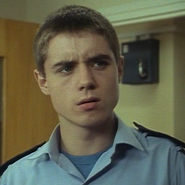